As a general rule, employees who are unfairly dismissed can only sue their direct employers, and not the parent company. This is because each Company is a separate legal identity, and a subsidiary is separated from its holding Company.

In the recent case of Ahmad Zahri bin Mirza Abdul Hamid v Aims Cyberjaya Sdn. Bhd. [2020] MLJU 595 (hereinafter referred to as the “Ahmad Zahri case“), the Federal Court laid down some essential rules regarding piercing the corporate veil in industrial dispute cases where the Company belongs to a group of Company.

In this article, we will summarize the necessary facts and principles of this case, and provide some suggestions on how this judgment affects the Employers in Malaysia. 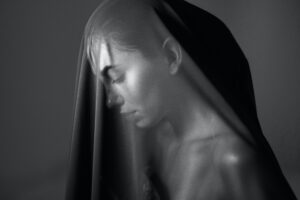 BRIEF FACTS OF THE CASE

In Ahmad Zahri case, the employee, a Singaporean citizen, was employed as a Consultant in AIMS Data Centre 2 Sdn. Bhd. (hereinafter referred to as “ADC”) in the year 2009. The said employee signed a fixed-term employment contract of 12 months with ADC (hereinafter referred to as “Employment Contract“). The Employment Contract was renewed three times by ADC in the subsequent years (i.e 2010, 2011, and 2012) and all other terms remained the same.

OTHER IMPORTANT PRINCIPLES LAID DOWN BY THE FEDERAL COURT

Previously, foreign employees with an employment pass can only be employed on a Fixed-Term basis. However, the Federal Court in Ahmad Zahri made clear that citizenship is not a relevant factor in determining whether an employment contract is Fixed-Term or Permanent. Our labour laws do not create a distinction between Malaysians and non-Malaysians. All workers should be treated with fairness, dignity and equality, whether they are locals or foreigners.

The mere description of an employment contract as ‘Fixed-Term’ is not conclusive of whether an employee was indeed employed as such. This is because in deciding whether there is a genuine fixed-term contract, the Court will examine three main factors:

HOW WILL THIS DECISION AFFECT EMPLOYERS?

Following this Ahmad Zahri case, Employers in a group of companies can no longer rely on the doctrine of separate legal entity to avoid responsibility in industrial disputes. Where an employee is employed by a subsidiary company or a group of companies, the Court is allowed to pierce the corporate veil to see who is a genuine employer. If the companies are operating as one business enterprise, the Court may decide that they are joint employers whenever it is just to do so.

Disclaimer: This article is intended for general information and education purposes only and not to provide legal and professional advice. If you have any questions on employment law, please contact us today at info@chernco.com.my, or send us a direct message through the WhatsApp button on our website.